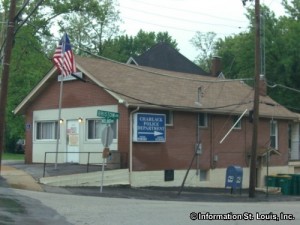 The City of Charlack Missouri is located in Mid St. Louis County, just south of St. Charles Rock Road where it intersects with Interstate 170. The population of Charlack in 2010 was 1,363 residents. The city was incorporated in 1945.

Charles J. Evola Park is the city park that is located in Charlack. The amenities of this park include a large picnic shelter with picnic tables, a playground, a gazebo and more.

The residents of Charlack are served by the Ritenour and Normandy School Districts. The Ritenour Middle school is found within the boundaries of Charlack.

Do you have a photo for Charlack Missouri? Send it to us! Submit Your Photo